This is more like an endorsement than a review blog. Well, as mentioned in a previous post, I used to work at a Japanese food kiosk and it was my first job. I was one of their pioneer workers until I decided to pursue the field I went to college for, that’s to say, teaching (though I’m only teaching ESL now).

Before it became one of the fast-growing food stalls at Sugbo Mercado, a weekend food market in IT Park Lahug, Tokyo Street 123 first opened at the food court of a commercial building situated in the area but later closed to focus on their stall in the former. I say fast-growing because they managed to expand their shop when Sugbo Mercado operated in 2 other locations which were in SRP and in Cebu Business Park in 2016. (Sadly, these 2 other Sugbo Mercados are already closed now for some reasons.)

Every now and then, they’d join events like the Bon Odori, a Japanese summer festival that’s held annually in the city. And last year, they opened another stall that’s also situated and operating at Sugbo Mercado, named #Hungry (Hashtag Hungry) which serves meals with all you can eat vegetable salad.

Tokyo Street 123 sells authentic Japanese bentos, ramen, yakisoba and gyoza. A bento is a Japanese-style packed lunch or meal, consisting of such items as rice or noodles, fish or meat, with pickled and cooked vegetables, and the like, and at this shop, they go for as low as P123, hence the name. 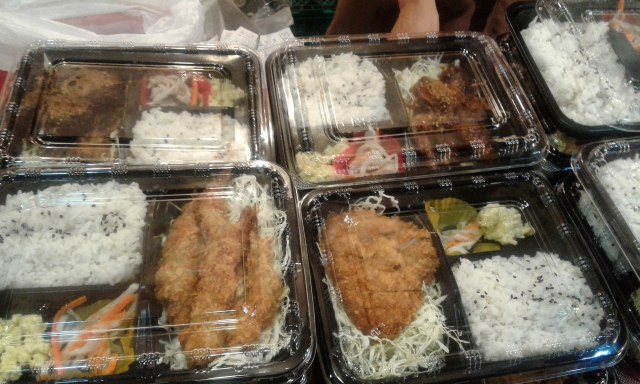 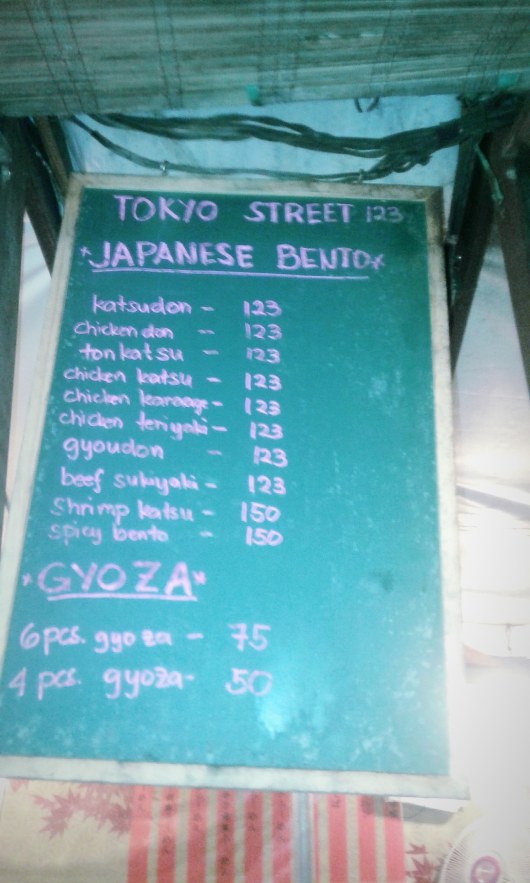 When they first opened, there were only plain and spicy shoyu ramen, now they’ve 4 other types. With regards to their serving, it’s pretty satisfying. I ordered their original ramen (this one below) when I visited them last Friday and as you can see, this bowl’s almost full. It seems like they have more noodles and toppings now. And this seaweed right here, oh I loved it. The flavor it adds, it’s undeniable.

Their yakisoba, stir fried noodles, also comes in different flavors and can be availed for as low as P100. I’ve never tried it, but judging from its appearance, I’m sure it’s delectable just like the rest.

This is their booth at Sugbo Mercado. Its size could equate to two food stalls lying side by side making it seem big. Oh, this shop has really gone a long way since they started 2 and a half years ago.

To know more about Tokyo Street 123, go to their facebook page. Btw, my former boss is a Japanese who’s very much passionate about cooking, in case, you’re wondering.

How to get there:

If you’re coming from Colon, you could take 17B, 17C or 17D. These jeepneys pass through IT Park. Sugbo Mercado operates every Thursday till Sunday from 5 pm to 1 am. 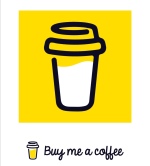